The time I found myself in bed with Madonna 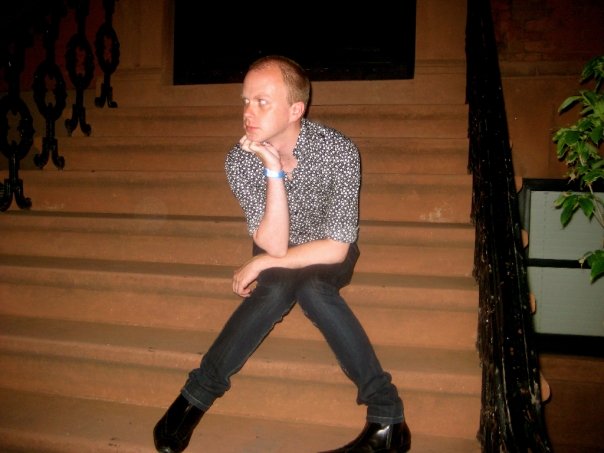 If you listen to our podcast you know that there are a few people that we hold in pretty high regard. People that have given us inspiration and bravery in times when we didn’t think we could go on. In those dark times I know music is where I turn. Who hasn’t put on Beyonce when we are feeling down because some dick from last night didn’t text back? Who hasn’t listened to Madonna at 3am three more bottles in then you had planned, eyes closed and nodding your head to the beat agreeing with every single lyric?

Picture it – July 1991. A 15 year old Yorkshire boy from Sheffield shyly asks his mother if he is allowed to get the 18 certificate edit of “In bed with Madonna” on DVD. His mum responds with an unsurprising but definite “NO”, so he settles for the lame 15 certificate version. Little did he know that even as toned down as it was, this film would change his life.

Yes ok. Well done the Jessica Fletchers out there. Clearly that young boy was me. I had only been a Madonna fan for a few years before the film came out. But in that time she had become the most famous woman on the planet (besides Princess Diana). She inspired me so much. Everything was done on her own terms. She was controversial, unapologetic and most importantly sticking 2 fingers up at anyone that dared to get in the way of her dream.

When I first saw the film I knew I was gay but hadn’t dared to come out to anyone. The media, government, education system, church and mainstream society were all telling me that I was a second class and quite disgusting. I felt ashamed, dirty and hopeless.

The only gay men on TV at the time were overly camp and always the butt of the joke (no pun intended). If gay relationships were portrayed, they usually ended in death or violence. Then came “In Bed With Madonna”. The powerhouse diva and her troupe of outrageous male gay dancers (and 1 straight one). Madonna was not just working with them. She took on a motherly role to all of them. In turn I felt that she was someone that I could not only look up to but I felt she was fighting my fight. That was it, I was in bed with Madonna the whole way. I loved her and loved her support.

The message was loud and clear. She loved gay men and appreciated their struggle. She loved their personalities and their creativity. Scenes in the film included the dancers attending gay pride in New York. At the time I didn’t know such a thing existed but by god I was determined to find one in the UK! The other scene that I will never forget involved Madonna playing a game of truth or dare with the dancers and backing singers. Two of the male dancers were dared to kiss each other and they went for it! It was the first time I had ever seen 2 men kiss passionately and the best thing…. Madonna was clapping and encouraging them. She thought it was hot and sexy. In that one scene it felt like she gave me a nod to be exactly who I wanted to be.

Less than a year later – I came out to my closest friends and to my parents. It wasn’t always easy and at times was downright painful. But the weight was lifted off my shoulders and I could finally hold my head up high, safe in the knowledge that I knew who I was. That year my self esteem and confidence increased massively, I could talk openly for the first time in my life.
The reactions were mainly positive. My parents took a while to come to terms with it but I expected that. The most hilarious and inappropriate reaction came from one of my female friends – who simply asked if I was going to have anal sex would it then turn me on to have a really big poo! Erm no!!!!

Coming out is one of the bravest things a person can do.  Yeah sometimes the people we love or know may have a problem with it. They may reject us, but if there is one thing I can give you from my drunken ramblings it is to understand this. There are many people in this world that will nurture you, celebrate you and pick you up when you are down. You may not be friends with them, you might not know them apart from what they post on Instagram but they will always be there for you.

Before I came out Madonna was that person for me, I have been a massive and loyal fan ever since. I just hope she knows in some way how many gay boys she has helped along the way. That includes this gay boy and how her actions, passion and strength inspired me to be a role model to young gay men in my work and life.

It is crazy to think that she inspired me 26 years ago and still in inspiring us today to carry on the fight for self belief and empowerment (errr did you see her Woman Of The Year award speech for the Billboard Women In Music 2016?!)

If you are, or feel alone, maybe you don’t have the support network to fall back on. Looking up to role models can be a great escape and a massive help. It can be anyone. Madonna was my inspiration. But it can be your mum’s best friend Lynda or Josh who works down at your local. Look for those people in your life that speak to you on a higher level. Those who give you the belief you need to take that next step you don’t think you have the strength to take. They may well be the key to you becoming the person you are truly meant to be.

In true TBI style, I couldn’t write this article without dedicating a Spotify playlist. This is the woman who inspired me and gave me my courage to be who I am today. Enjoy.

41 and fabulous. Living and loving London. A Fierce and fabulous gay who definitely doesn’t feel like he is living in Dawson’s Creek. Working for an HIV organisation and an ex stand up comedian who is an expert in consuming an impressive amount of beer in one night.

And. I Love him to bits….❤️ Hope to see you soon Pip x Mishelle

[…] If you haven’t read it already our very own Gay Kay Rowling – Pip published his debut article on the Two Bottles In website (yes, the one you are on right now) and it has been our highest read article so far! The Time I found myself in bed with Madonna […]

This site uses Akismet to reduce spam. Learn how your comment data is processed.